Téa is an Australian author of several bestselling, internationally acclaimed, twisty historical mysteries. In a past life she was a teacher, a journalist and a farmer. These days she haunts museums and indulges her passion for storytelling. The Naturalist's Daughter, the USA Today best-seller, The Woman in the Green Dress, The Girl in the Painting, The Cartographer's Secret, winner of the prestigious Daphne du Maurier Award, The Fossil Hunter and her latest release, The Butterfly Collector, Award are published in Australia by HQ, a division of HarperCollins. 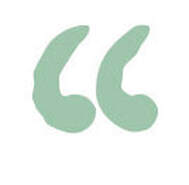 ​'Tea Cooper is a force to be reckoned with in the Australian historical fiction genre. Cooper astounds me with her ability to weave compelling fictional narratives, around highly interesting historical events in Australia’s past.'  Mrs B's Book Reviews
'Cooper paints a fascinating portrait of two women rebelling in their own ways against the expectations of society and their family. Historical fiction fans will delight in this tale of family and long held secrets.' Booklist US
'Cooper gets to the heart of a family's old wounds, puzzles and obsessions, while providing a luscious historical  rendering of the landscape.' Publishers Weekly US
For all publicity requests including book signings and author talks or events please contact:
​Natika Palka in Australia natika.palka@harpercollins.com.au
Margaret Kercher ​in North America Margaret.Kercher@harpercollins.com