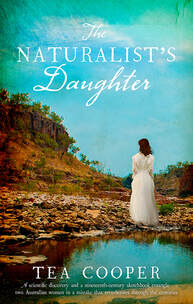 Two women, a century apart, are drawn into a mystery surrounding the biggest scientific controversy of the nineteenth century, the classification of the platypus.
1808 Agnes Banks, NSW
Rose Winton wants nothing more than to work with her father, eminent naturalist Charles Winton, on his groundbreaking study of the platypus. Not only does she love him with all her heart, but the discoveries they have made could turn the scientific world on its head. When Charles is unable to make the long sea journey to present his findings to the prestigious Royal Society in England, Rosie must venture forth in his stead. What she discovers there will change the lives of future generations.

1908 Sydney, NSW
Tamsin Alleyn has been given a mission: travel to the Hunter Valley and retrieve an old sketchbook of debatable value, gifted to the Public Library by a recluse. But when she gets there, she finds there is more to the book than meets the eye, and more than one interested party. Shaw Everdene, a young antiquarian bookseller and lawyer seems to have his own agenda when it comes to the book – and Tamsin. In an attempt to discover the book’s true provenance Tamsin decides to work with him.
The deeper they delve, the more intricate the mystery becomes. As the lives of two women a century apart converge, discoveries rise up from the past and reach into the future, with irrevocable consequences…​

​THE WOMAN IN THE GREEN DRESS 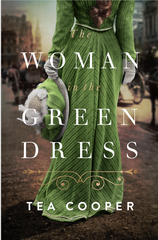 A cursed opal, a gnarled family tree, and a sinister woman in a green dress emerge in the aftermath of World War I.
After a whirlwind romance, London teashop waitress Fleur Richards can’t wait for her new husband, Hugh, to return from the Great War. But when word of his death arrives on Armistice Day, Fleur learns he has left her a sizable family fortune. Refusing to accept the inheritance, she heads to his beloved home country of Australia in search of the relatives who deserve it more.
In spite of her reluctance, she soon finds herself the sole owner of a remote farm and a dilapidated curio shop full of long-forgotten artifacts, remarkable preserved creatures, and a mystery that began more than sixty-five years ago. With the help of Kip, a repatriated soldier dealing with the sobering aftereffects of war, Fleur finds herself unable to resist pulling on the threads of the past. What she finds is a shocking story surrounding an opal and a woman in a green dress. . . a story that, nevertheless, offers hope and healing for the future.
This romantic mystery from award-winning Australian novelist Tea Cooper will keep readers guessing until the astonishing conclusion.

“Refreshing and unique, The Woman in the Green Dress sweeps you across the wild lands of Australia in a thrilling whirl of mystery, romance, and danger. This magical tale weaves together two storylines with a heart-pounding finish that is drop-dead gorgeous.” --J'nell Ciesielski, author of The Socialite
“Readers of Kate Morton and Beatriz Williams will be dazzled. The Woman in the Green Dress spins readers into an evocative world of mystery and romance in this deeply researched book by Tea Cooper. There is a Dickensian flair to Cooper’s carefully constructed world of lost inheritances and found treasures as two indomitable women stretched across centuries work to reconcile their pasts while reclaiming love, identity and belonging against two richly moving historical settings. As soon as you turn the last page you want to start again just to see how every last thread is sewn in anticipation of its thrilling conclusion.  One of the most intelligent, visceral and vibrant historical reads I have had the privilege of visiting in an age.” --Rachel McMillan, author of The London Restoration
"I loved this story so much! The story is centered around a cursed opal that connects two different eras. You immediately fall in love with Fleur and Bert, two main characters who are so well developed and likeable that you feel like you know them in real life! The mystery keeps you guessing and never feels dull and the slow burning romance will warm your heart. Looking forward to more from this author! ​Sylvia Leontaritis, Netgalley Reviewer
"Cooper has fashioned a richly intriguing tale." Booklist

“the settings are so beautiful and I truly felt I was back in these eras, as we meet some wonderful characters with personalities that shine, this is a story not to be missed.”
“The detail in her writing had me walking the streets with these characters and living out in the countryside with the native people and animals.”
“Vivid descriptions of the Australian countryside, way of life, an inheritance, a curse, and several deaths… make this book an unputdownable read.”
“Tea Cooper again is able to move skillfully between two time frames presenting remarkable stories in both. The strands of both stories are involving and the characters interesting.”
“The Historical Note at the end is fascinating, showing how fact fed fiction, with information about certain characters and places. I loved the two time frames – 1853 and 1919 – and enjoyed the descriptions of the countryside; laughing jackasses/kookaburras; even the different items in the curio shop.”

THE GIRL IN THE PAINTING

A young prodigy in need of family. A painting that shatters a woman’s peace. And a decades-old mystery demanding to be solved.
Australia, 1906
Orphan Jane Piper is nine years old when philanthropist siblings Michael and Elizabeth Quinn take her into their home to further her schooling. The Quinns are no strangers to hardship, they arrived in Australia as penniless immigrants now they care for others as lost as they once were.
Despite Jane’s mysterious past, her remarkable aptitude for mathematics takes her far over the next seven years, and her relationship with Elizabeth and Michael flourishes as she plays an increasingly prominent part in their business.
But when Elizabeth reacts in terror to an exhibition at the local gallery, Jane realizes no one knows Elizabeth after all—not even Elizabeth herself. As the past and the present converge and Elizabeth’s grasp on reality loosens Jane sets out to unravel Elizabeth’s story before it is too late.

From the gritty reality of the Australian goldfields to the grand institutions of Sydney, this compelling novel takes us on a mystery across continents and decades as both women finally discover a place to call home.