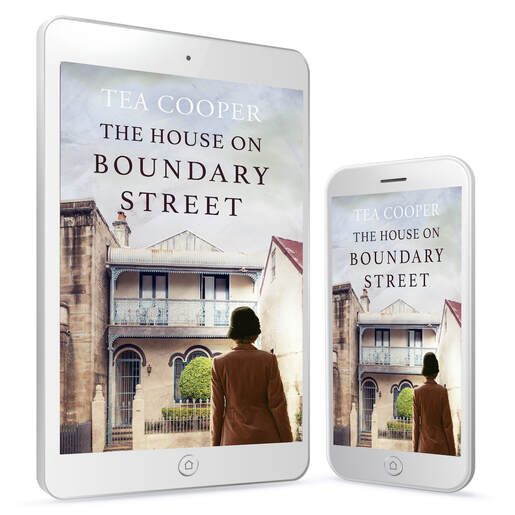 THE HOUSE ON BOUNDARY STREET

A tale of double-dealing, adventure and the dark underbelly of 1920s Sydney…
In the aftermath of World War I, Sydney is no place for the fainthearted. Sly grog shops thrive, the cocaine trade flourishes and brothels abound. Into this big dark city comes fresh-faced country girl, Dolly Bowman, ready to risk everything in pursuit of her dreams. After all it’s the 1920s - time to turn her back on her terrible childhood and search for her future.
Cynthia Burton’s life changes irrevocably the day she steps over the threshold of the house on Boundary Street. Determined to survive the only way she can, she breaks into the world of money and matinee idols in order to fulfil­ a promise she made—and now there’s no going back.
As Dolly and Cynthia lives entangle they find themselves drawn into a far-reaching web of lies, intrigue and double dealing. Could it be that the house on Boundary Street, once their safe haven, offers nothing more than a dangerous façade?

'Tea Cooper has such a magical way with words , you’re instantly transported to 1920’s Sydney.' — AusRomToday
Another fabulous historical romance from Aussie author Tea Cooper! I really enjoyed this light hearted novel set in the seedy suburbs of early 1920s Sydney, Australia. Dolly was a naïve but loveable character, while Ted and Jack both filled their roles to perfection. I have no hesitation in recommending this author’s work. Brenda Telford, Goodreads.